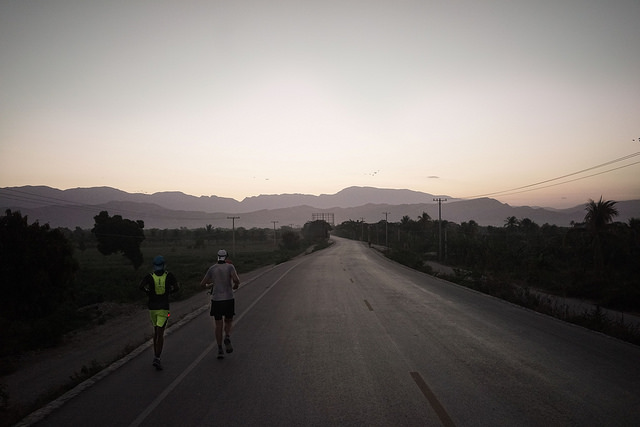 “What are you running from?” was a question that the seven members of Team Tassy heard repeatedly as they ran 230 miles across Haiti over the course of nine days. The team was not running from anything, but rather for Haiti. In fact, the race took place this past February during the 5th anniversary of the earthquake that decimated the country in 2010. Dubbed Run Across Haiti, the route was equivalent to running nine marathons and was an effort to raise $75,000 for non-profit Team Tassy for placing individuals in poverty into jobs and to simultaneously raise awareness of the post-earthquake devastation in Haiti. 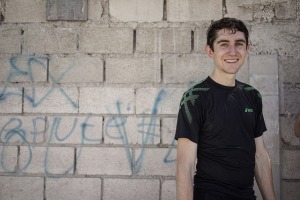 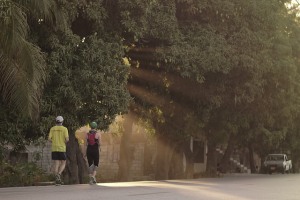 The team ran across a variety of terrain.

In 2010, Ian Rosenberger created Team Tassy, a non-profit focused on unleashing the inherent power in every person by training and placing individuals in poverty into sustainable jobs so that they can pull themselves out of poverty forever. After learning about the widespread destruction caused by the 2010 earthquake in Haiti, Ian grabbed his camera and flew to the country’s capital Port-au-Prince. It was during this trip that he met Tassy, a young man who was dying of a facial tumor and asked Ian to help him. Back in Pittsburgh, PA Ian and his friends found a doctor willing to do the surgery for free and raised funds to fly Tassy into the States and then back home once he recovered. When Ian and his friends flew back to Haiti with Tassy after his surgery, they quickly realized that they needed to stay with him until he did not need their help. And this sparked the question, “What does it mean for a poor person not to need you anymore?” The answer they came to was by empowering the poor with jobs.

At times, running well into the night.

Running through villages of curious onlookers.

The Run Across Haiti team kicked off their adventure on February 21st in the northernmost Cap Haitien and ended in Jacmel, the southern tip of Haiti on March 1st. Among the team was FOND Group’s Josh Elkes, who overseas non-profit relations and partnerships. Josh is a New York native and raced in his fist marathon in 2011 during the NY Marathon, and has since continued to progress his runs. In November of this past fall, Ethan Zohn, the founder of non-profit Grassroot Soccer, reached out to Josh to introduce him to Ian, who happened to be a close friend of his from when they both appeared on the TV show Survivor. Josh and Ian met in late December while Ian was forming the team for Run Across. Just two months later Josh was in Haiti on the run.

Josh Elkes receives encouragement on his 9 day run from local passers by.

The fundraiser blended two of Josh’s passions, long-distance running and supporting non-profits, and after interviewing him just two-weeks after returning from the trip, the experience was clearly both powerful and transformative, “Seeing a whole new country and getting to see something new with every step I took was incredible. It was all brand new and incredibly fascinating.” Josh felt particularly motivated to join Run Across Haiti because of Team Tassy’s focus on personal empowerment, “They don’t just hand out money, they take the approach, “Teach a man to fish, feed him for life” and that really resonates with me.” 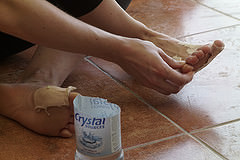 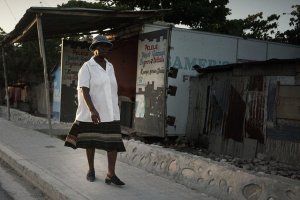 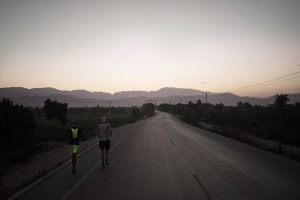 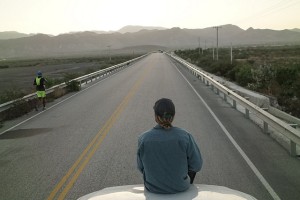 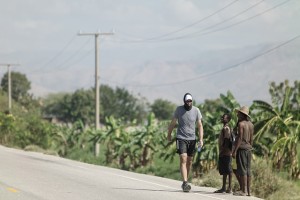 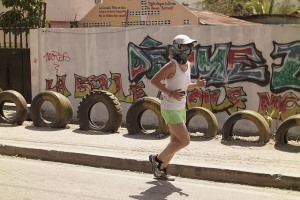 By Alison E. Berman, founder of Anchor and Leap

To donate to Team Tassy you can visit the Run Across Haiti crowdrise page.

FOND IS ABOUT SUPPORTING WHAT MATTERS TO YOU >>FOND Group provides marketing services for businesses and causes that cater to conscientious consumers. We serve those who care where their products and services come from and who believe in giving back.